Earlier this week I received a mailer from my opponent and incumbent in my quest to become the representative board member for Inland Empire Utilities Agency Board of Director-Div 3.  Here is a snapshot of his attention getting statement:

So I had to pause to understand what he could possibly mean by this statement!  We are both professionals with licenses in our respective disciplines.  We both have post graduate degrees and have worked more than 30 years in our respective fields.  We both belong to professional organizations to stay abreast of our professions.  I am experienced in the area of environmental issues concerning water management with a Masters Degree in Environmental Engineering.

I then noticed on the other side of the mailer a list of endorsements!  We increasingly live in a world of its not what you know but who you know.  I get it and understand it and accept it.  I however will pursue a line of actions and quests that allow me to give back to my community, to be a good steward over what I have been blessed with, and to use my experiences and knowledge where ever and when ever it benefits not just me but my family, friends, neighbors, peers, co-workers, and community.

The opportunity to serve your neighbors and community in an non-political role should not be about who you know or who endorses you without first learning about who you are also competing with!

Vote Nov 6 after you get to know something about the candidates and their background!
about me and what I do!
Posted by kymsconsultingllc at 9:40 AM No comments:

As I communicate in this post we are deep in the political travesty of nominating someone to what is supposed to be an apolitical judicial seat on the highest court of the land, The Supreme Court!  I offer none of my opinion on what has transpired because you probably don't care and rightly so.  But I believe something has gone wrong and if it isn't corrected the American Justice system will completely lose its moral high ground.

On a more personal note, I am finding it a welcome challenge in my own quest to become a representative IEUA board member for Chino and Chino Hills, to communicate no political bias, ill will, character assassination, against the incumbent because I have none.  When I meet people in the neighborhood who ask me why am I running?, what do I have to offer?, what are the issues? I focus on just that.  Do I have the character and temperament to sit on the board, I think so!  But how do I convince 5000-15000 folks who don't know me from Jane at the corner store and who will hopefully vote in the upcoming election to basically hire me, choose me?  My best answer...knock on some doors!!

I don't have a trail of community service gigs or prior runs in government from which to draw from.  I can't boast an exemplary record of being seen at the right functions or with the right people.  I am pretty much a nerd, square, non descript citizen living a rather quiet and maybe even a mundane existence.  My reality probably matches that of most of my neighbors.  I have no right or entitlement to a director seat on the IEUA board.  All I have is a desire to use my background and skills in a manner that will serve my neighbors in the Chino Valley to our mutual benefit.

So here is my commitment to keeping my run for a board seat apolitical: Visit the following link to learn more about candidates and their views.  Voters Edge  Of course some of the candidates are running for political offices but I offer we should seek to do something different.  Some elected positions are about allowing the community to more actively participate in governance irrespective of political views.

Lastly for a little bit of environmental news and in many ways where our efforts and visions should be focused, abundant rainfall has not been where we need it most in many parts of the world including sunny Southern California.  Desalination of water is increasingly becoming an option of resupplying the water balance necessary for sustaining life.  IEUA has used desalination projects for supplying water to our arid region.  See where else others are also using the desalination technology and some of the challenges still present in that option. Water-Worth-its-Salt

Until next time, keep the faith!  I know I will be.
Posted by kymsconsultingllc at 1:32 PM No comments:

Well I am back a little sooner than I expected.  On a personal note, I have successfully launched my attempt to get elected to a board seat with the Inland Empire Utilities Agency representing Chino and Chino Hills.  I am on the ground knocking on doors and leaving leaflets sharing who I am and what makes me stand out to be the candidate of choice.  As I was pursuing my environmental engineering degree some years ago it was obvious that like energy, abundant water resources would and should be on the public radar.  Working with a public agency whose goal is just that, is a great way to be involved in sustaining our growing community!

On a national note, we as a nation are once again dealing with the effects of an increasingly chaotic climate by way of Hurricane Florence which hit the eastern seaboard last week drenching the Carolina's and parts of Maryland.  There has been much devastation with torrential rains and flooding.  Climate change deniers are surprisingly silent because it is obvious that whether the climatic shifts are man made or part of a normal 10000 year cycle, for us in this age it is CHANGE! DUH!

Here in sunny southern California we have had a nice long, hot summer.  It has been beautiful and dry.  Our northern California neighbors are also experiencing this warm dry weather pattern.  While its been great weather, WE need water and rain especially in Northern Cali but we also need to restore and recharge Southern Cali aquifers and groundwater.  To hear of fellow Americans suffering the plight of too much water, while we in Cali prepare for a possibly even dryer fall and winter which brings with it the possibility of more intense California Wildfires and poor air quality, makes me wonder why we have not had a national approach to solving this apparent dichotomy.  Something is telling me infrastructure needs to be on the lips of those in positions that can make a difference and get the ball rolling.  One can only hope.Infrastructure


Posted by kymsconsultingllc at 8:18 PM No comments:

Well it is the last day of August 2018!  Yes, it has been eight months since my last post.  I had big plans to engage students in my Energy and Environment class but that idea and plan failed miserably.  Without going into detail, lets just say I did not make the best impression and the students weren't really feeling the journey and path I set for them.  I will do better next time.

The first half of the year was my busiest ever as an adjunct.  I was on five different campuses teaching a variety of students with diverse backgrounds.  Helping others through the sharing of knowledge is one of the best things I have ever done.  I get the opportunity to effect the principle of life long learning in the sharing of my real journey from engineer to consultant to professor and now hopefully elected board member of the Inland Empire Utilities Agency representing the city of Chino and Chino Hills, CA.  Yes I have launched my grass roots candidacy for this director position and for all members of the Chino/Chino Hills community reading this, I humbly seek your vote Nov 6!Vote for Me!

It is my hope that I can utilize my unique experiences and skills to be a model for just plain folks 'steppin up' where they can in the communities in which we live.  This position I seek is not political!  I won't be talking national or local politics, disparaging other candidates, making unrealistic claims and promises, speaking on matters in which I have no working knowledge.  I do plan however to demonstrate to and inform the electorate that it is dedicated apolitical work providing oversight of agency operations focused on delivering to the population a clean and abundant source of water, as well as ensuring the proper and efficient purification of wastewater recycled or returned to our open waters.

As I finish out the summer and third quarter back in school, on three campuses, making a bid to actually unseat an incumbent in a county and statewide election, I have no illusions as to how often I will post to this blog.  So if you happen across it, let me know you checked it out.  It will definitely be an encouragement and incentive to share more often as actually intended. You can comment on this blog or on my facebook page.Kimberly Mosley for IEUA Board

Sustainable communities require leadership, commitment, and real sense of shared responsibility.  The Inland Empire has been my home for 40 years.  It is my plan where I can, to participate in meaningful ways to the effort in making it one of the best places to live.

Visit the Inland Empire Utilities Agency and see all that they do!www.ieua.org
Posted by kymsconsultingllc at 6:54 PM No comments:

Well it has been a while!  I started out this blog early last year with every intention of adding my personal insights, sharing information, and promoting environmental awareness for sustainable living.  So what happened?  Well let's just say life happened.  I expanded my immediate environment, adding to the local carbon footprint by welcoming home two adult children and their spouses.  I acquired three additional grandchildren, all while being embedded in and acting as lead in a four generation deep household.  I will also add that with our new administration many of the relevant issues in the environmental world I sought to stay abreast of were either in flux, being challenged, or targeted in some way as being 'OBAMA' sanctioned?

So where should I start?  Go back in time and revisit a list of significant events for 2017?  Pontificate for an audience of one, my personal opinions regarding the politics of choosing to step up environmental stewardship?  Be future minded and offer a plan of discussion topics to tie in with newsworthy issues and events on environmental sustainability for 2018?  Well I like the latter...no sense in ranting over spilled/rancid milk😃😄😄😄😄😄

So my first topic is this:  Environmental Stewardship, who really cares?  What are the views of those age 18-36 on what it means to be a environmental steward?  Stay tuned.  My class on Energy and Environment starts Monday and that will be the thought question of the day!

Meanwhile I leave you with this: Is the growth, cultivation, distribution of marijuana an environmentally sustainable practice? 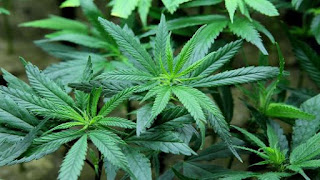 
Posted by kymsconsultingllc at 4:21 PM No comments:

kymsconsultingllc
I am going to keep this short! I often have a lot to say but not always an eager and attentive audience. Creating this blog does not solve that dilemma but it does provide the outlet for penning my thoughts and refining my written communication style. So if you happen upon this blog in the bloggersphere leave a comment with your impressions or feelings. It would make my day!